It’s not impossible to think I would have never become a photographer if I had had the ability to draw or paint. I mean who wouldn’t like to have the talents of Nancy Howe and be able to portray glimpses of life with hand-mixed pigments and paint? And all those brushes! I would love to do that. Well, no such luck. My drawing skills never evolved past about third grade, and saying that might be dissing some third graders.

But I do force myself to draw, or scrawl might be a more accurate description. In the beginning I had to coerce myself to do it, (usually by promising myself peanut butter cups.) And if anyone came into the building I was in, never mind into the room, I snapped the book closed and hid it under my leg. In time though, as the rewards of sketching out ideas became so much bigger than the trauma of putting pencil to paper, I stopped having to bribe myself and even did it in public – restaurants, coffee shops, airports.

The process works – on so many levels. As ridiculous as my doodles might appear, they’ve become an essential part of the process—especially when shooting stock or commercial imagery. They give me a chance to explore poses and composition ideas ahead of time. The embarrassing scribble below is what comes out when I try to take visual notes as my internal Create-o-matic starts talking. Horrendous, yes. But it saves me even more embarrassment by not having to stand in front of a model with the camera, unsure of what I want them to do. Basically, I allow myself to be a really bad artist because it makes me a much better artist when it matters. And no one ever has to see all these spastic squiggles unless I show it to them or ya know, like post it on my blog. 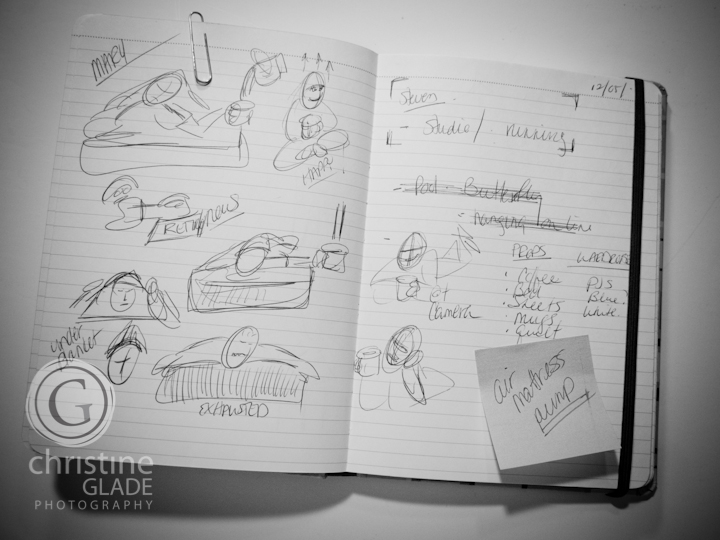 So maybe you draw can’t either, but do yourself a huge favor and get over it. By sketching out your ideas in advance – even hieroglyphically like me – you arrive at the shoot with a map of sorts; at the very least breadcrumbs to get you through the forest. There’s no rule that says if you draw it, you must shoot it either. Once you’re in “your zone” shooting, better ideas and serendipity usually show up on set. Plus enough good can’t be said for the energy and sparks an experienced  model can bring to a shoot. Go with it. Sketches are just a tool, but a powerful tool. Consider them an illustrated shot list that helps keep you moving toward capturing what you intended.

The pages above are from my idea diary for a shoot  “Mary in Bed.”  If you compare it with the images form the actual shoot you’ll see the loose interpretations of my ideas brought to life – plus a few that I hadn’t pre-visualized. These were all shot in studio with strobes. 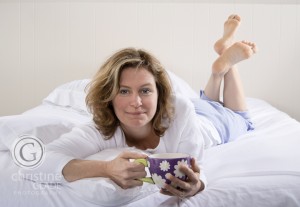 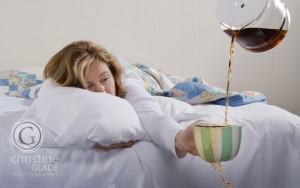 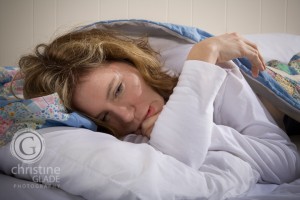 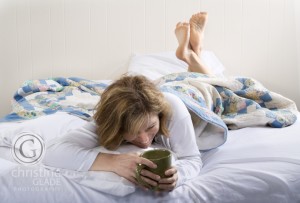 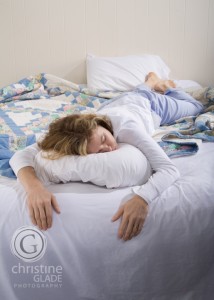 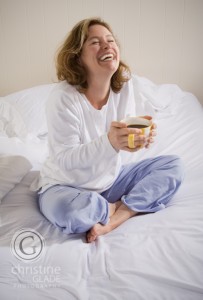 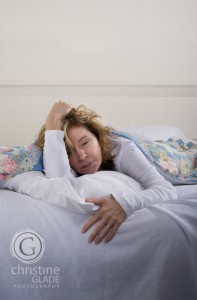 Her’s another designer’s piece using the images in a final design. 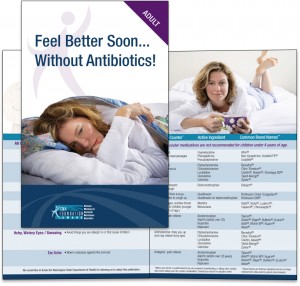 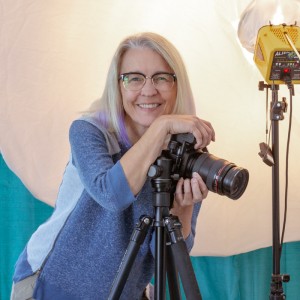